We are a team of creatives helping creators free up time, grow, and fulfill their potential. 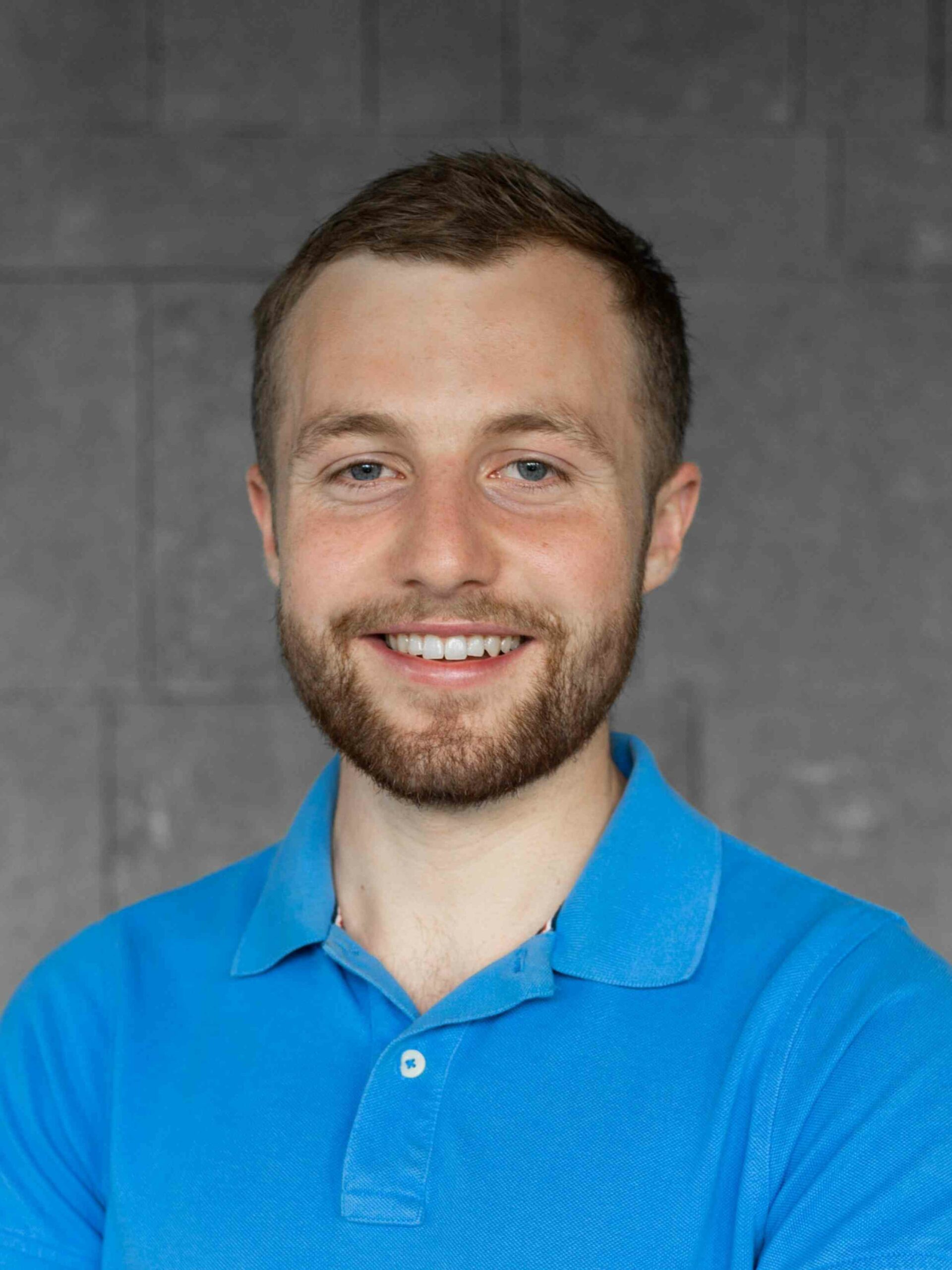 After four years of being a YouTube creator himself, and 10k subscribers, Oliver realized that being a public-facing creator was not his calling. Instead, it was to share & develop the knowledge he gained during his journey – to help other creators free up time, and grow. And in 2018, that turned into a business called Now Creatives.

After years of experience in the fields of Project Management and Business Analysis, Camille parlayed her skills into Program Management and Strategic Planning with large and small enterprises across industries and countries. She loves creating order from chaos— all while focusing on people and creating a healthy culture. She applies this approach daily at Now Creatives to help both team members and clients thrive and achieve their goals. 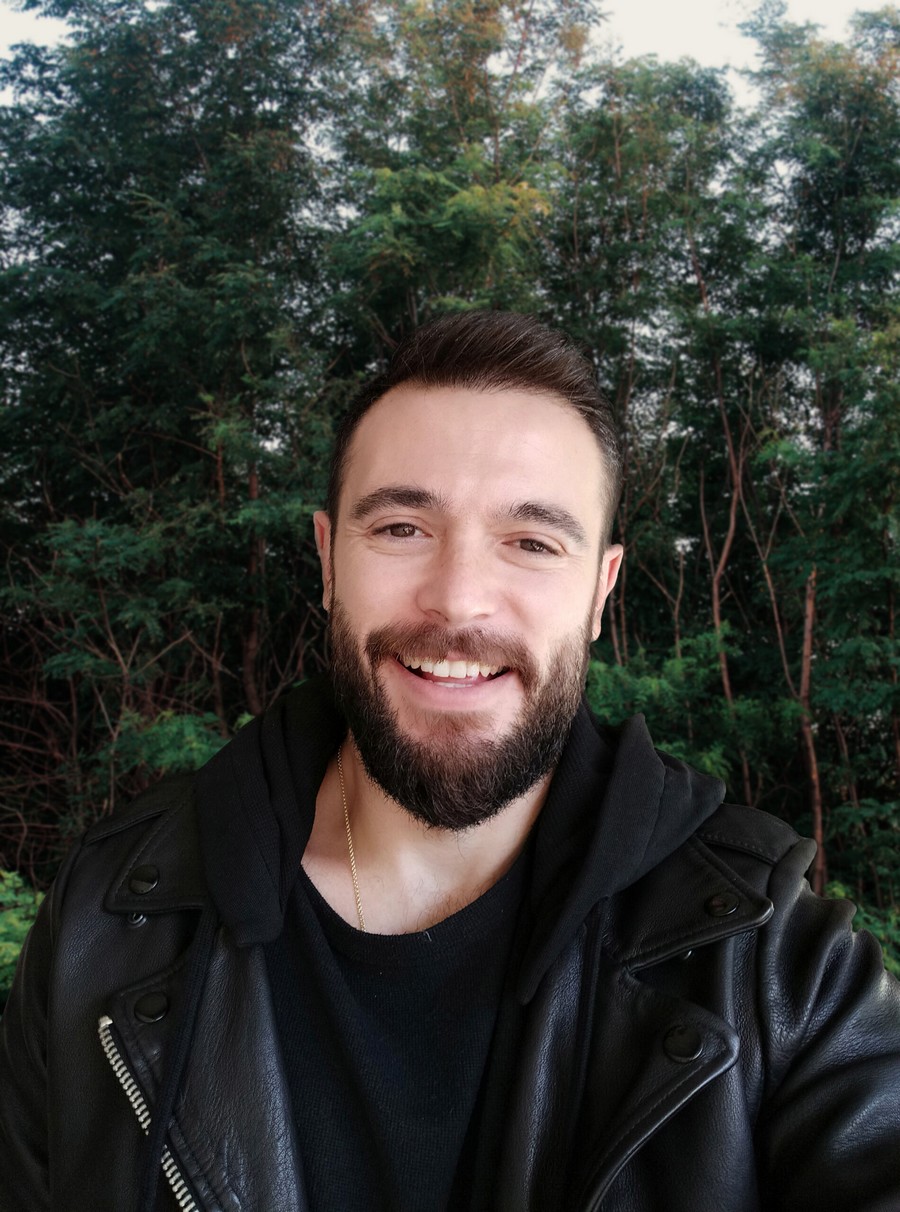 Arda started his professional journey as an ocean-going ship officer and traveled the world, during which time he explored many different cultures. He eventually successfully merged his engineering skills with his artistic side and worked as a content manager at an Italian Art Association in Rome. In this role, he had the opportunity to “live” in the Show Business sector for 6 years and sharpened his creative skills which assist him now to grasp creators’ styles, improve their video quality and share creative ideas to grow their content at Now Creatives. 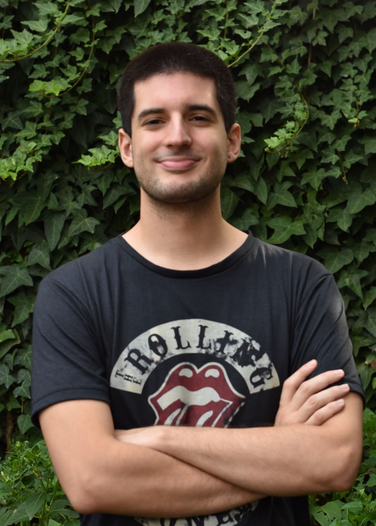 Miguel is an audiovisual translator and musician from Argentina. As an avid learner, while searching for resources and tutorials on YouTube, he became fascinated by how some creators were experts at creating exceptional content and catching one’s attention so masterfully. He realized that much like in translation, it all comes down to a creator’s ability to communicate a message that will reach others. In Now Creatives, Miguel puts all his passion and knowledge to make sure that the creator’s powerful message is communicated in the best way possible.

Sabri is energetic, creative, optimistic and passionate about art and aesthetics. She’s been working in the video and music business for more than 15 years as an Image and Sound Designer, Producer, and Director. She also worked as an Art and Actor’s director in the Advertising and Film industries. She loves finding new ways of improving each project and thinking outside the box to take them to the next level. 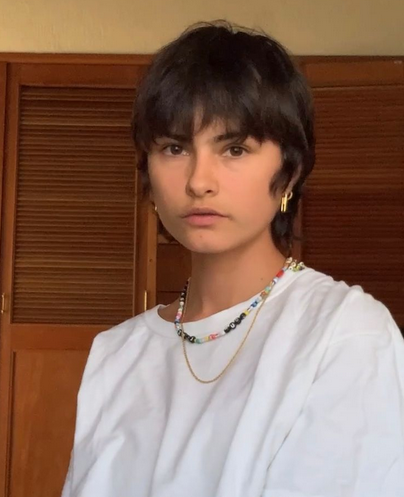 Karen is a recent graduate creative producer and content creator specialized in new media, transmedia and immersive storytelling. She started freelancing as a producer and a video editor in 2020.

As digital native with a solid sense of aesthetics, she is quite aware of trends while easily discerning timeless features in projects and media. She loves working with creators to help them grow, stand out and overcome content overload.

For some, discovering their passion comes sooner in life, for others, later on. In both cases, it is an eye-opening moment that will guide your life from that moment forward. For Andis, it was when as a teenager he’s discovered filming and would spend all his time learning effects to edit with. He has never looked back since. 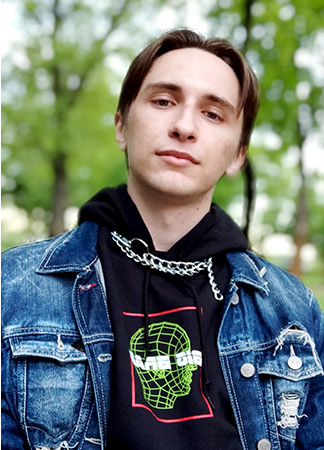 Bogdan’s adventure with video editing started in 2014, when he simply needed to learn how to edit videos for his own YouTube channel. Eventually he started liking the whole editing process more than actually recording videos. 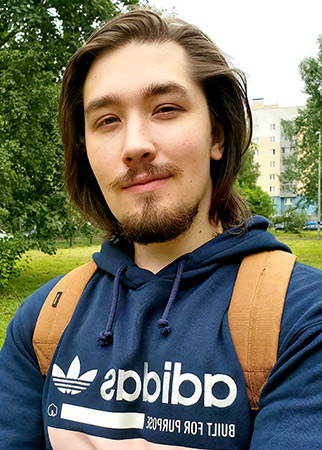 All roads lead to Rome. In Aleksei’s case it was programming and web development at first, but then he started to play games and everything changed. His artistic and creative part took over and led him to the world of editing. Aleksei is devoted to making amazing things that can impress viewers, to making them laugh and feel good. 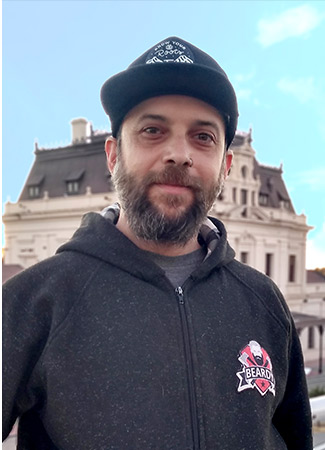 Educated in filmmaking, Bruno knows how challenging (yet rewarding) is passing from raw material to the final product, taking the opportunity to interpret and shape what a creator has created. He’s passionate about the unlimited possibilities and techniques digital video editing provides, making every project a chance to learn something new. 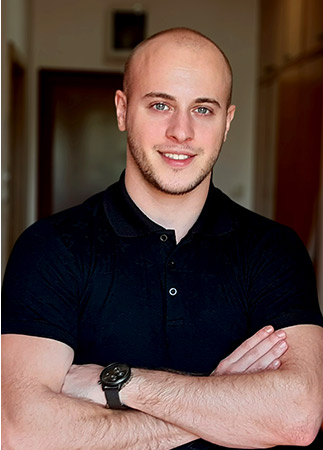 For Nemanja, it all started about ten years ago while playing CS 1.6 as a semi-pro player. He made a video with tips and tricks for the game which, to his surprise, quickly accumulated 10K views. That was when he realized it was editing that he wanted to do, turning raw footage into a professional and outstanding creation. 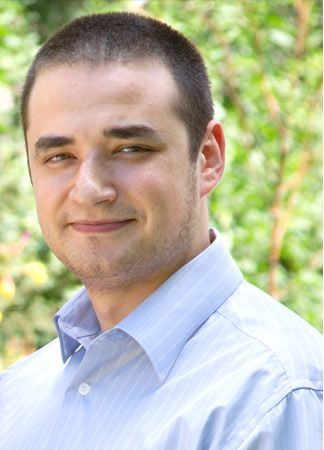 Being a successful creator himself of a gaming channel with over 10K subscribers, Teimur knows the importance of a well-edited video. His exceptional editing skills were also recognized when editing highlight videos for one of League of Legends’ official channels. 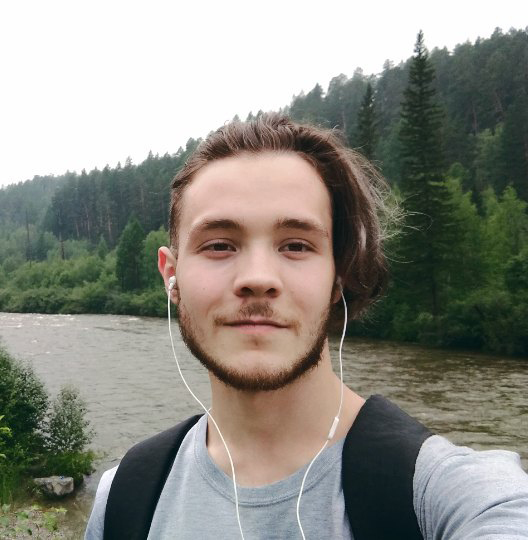 Traveling across Russia, from Irkutsk to St. Petersburg, Arthur traveled more than 12 thousand kilometers in an attempt to find a vocation and something he loved. The answer turned out to be closer than he thought. Arthur’s love of watching YouTube and playing video games inspired the idea to learn how to create and edit videos himself. Arthur dreams of creating content himself someday. He loves knowing that a video he edited made someone happy or laugh or impacted them in some positive way. 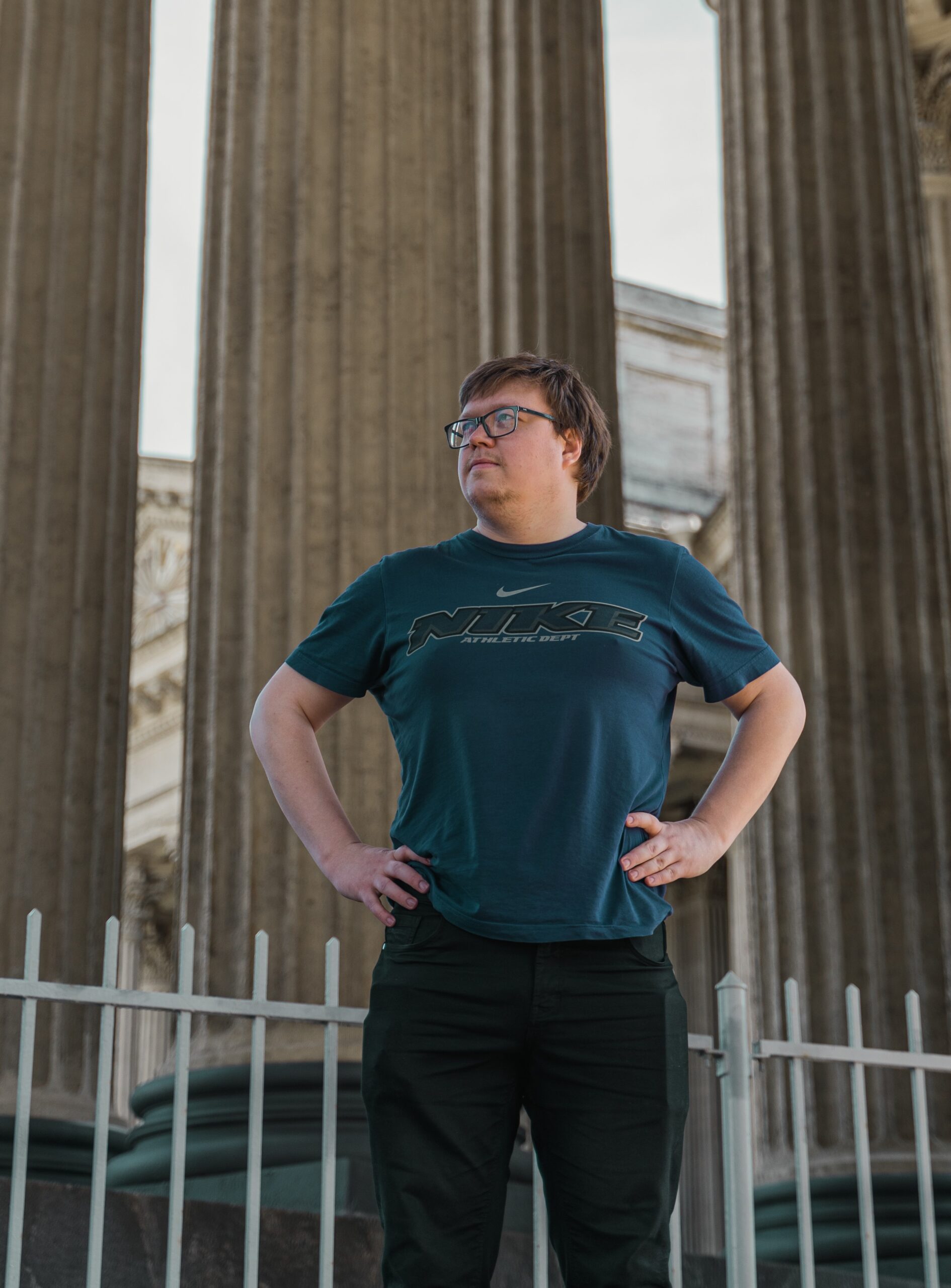 Ilya created his YouTube channel and began working with videos back in 2009. Since then, he has continuously honed and expanded his skillset far beyond just video editing. He has done a number of short films, a lot of voiceover work, 3D animations, and even directing. Telling stories through video is something he genuinely enjoys and hopes to be doing for years to come. 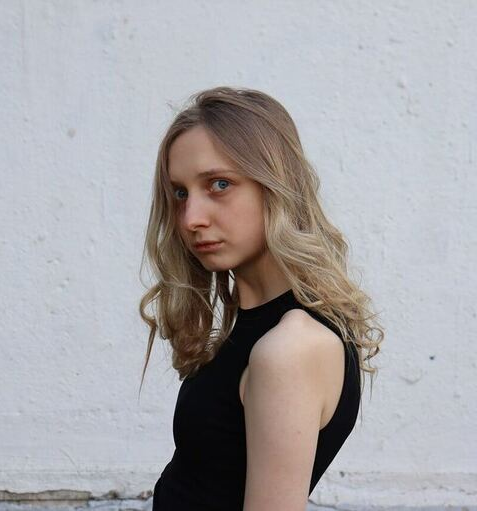 Anastasia is a video editor with almost 4 years of experience who started her journey as a film director and content creator. Her experience in filmmaking helps building a good story through video editing. Now she specialises in video editing for Youtube and other social media. 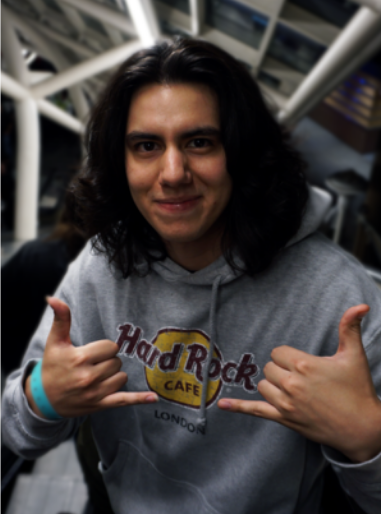 Editing was something that came into Andy’s life when he was 17 years old. He had a small class project video, started editing on a free app on his phone that he doesn’t even remember the name of. At that moment, he knew this was something he really enjoyed doing and sharing. 8 years later he still loves it more than anything. 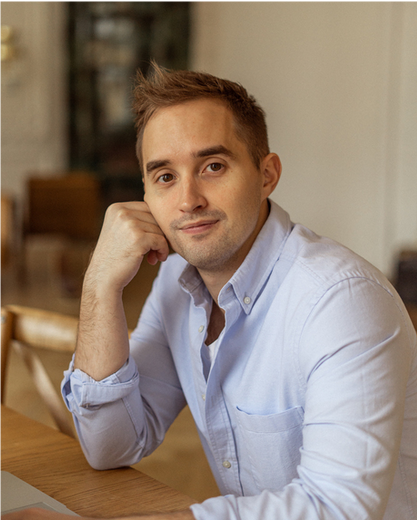 I started to dip my toes into VFX in 2008 for a project work in school, after that I started to do that as a hobby. In the university I got to create a short film for our department of information technologies and when people saw it I begin to get proposals to create some more videos, so I got lucky to turn my hobby into a real work and I am very grateful for that! 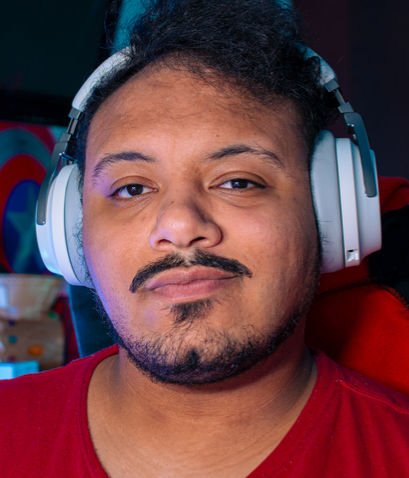 Something that has been a constant in Marcelo’s life is his love for creating. He doesn’t feel like himself if he’s not doing something creative. Growing up, he honed many skills, from drawing to playing instruments to 3D art. He had the opportunity to get started with video editing in 2017 and just dove head first into the craft. He loves being able to apply his sense of humor to his projects. Since then, he’s had the opportunity to work with some of the top creators in his country and got to meet some of the nicest creators, but the part he finds most gratifying is going through comments seeing that his work brings joy to others. There’s no better feeling. 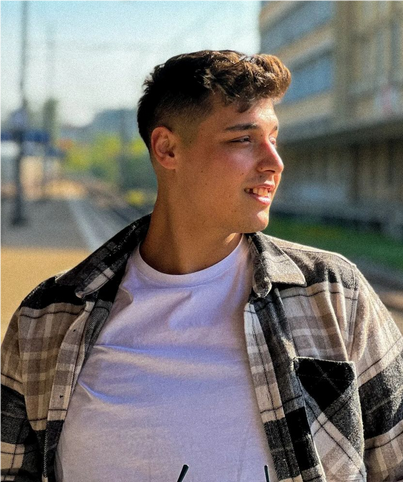 Stefan has always had a passion for video. When he was just 12 years old he started filming and editing his own YouTube videos. As the years passed by, in 2017, he discovered that being a filmmaker and video editor was in fact his one true calling, as he ended his amateur era, and his professional career began. In 2019, at the young age of 21, he founded his own music video production, with which he has worked with the biggest artists his country has yet to offer. He is a truly dedicated worker, with an incredible work ethic and a charismatic young man with a very promising future. 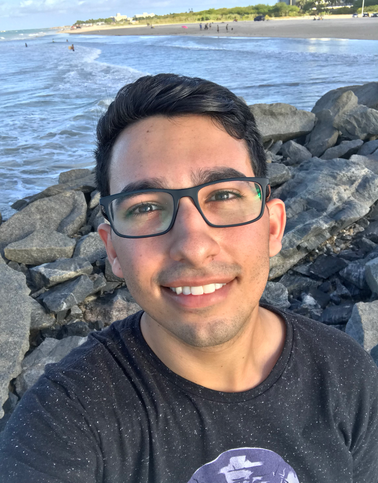 Despite having more than 8 years of experience in video editing, Sousa only discovered that this was his real passion after a first degree in Biotechnology, where he had to produce video classes. Since then, he decided to dedicate himself fully to the production of content for the internet. He loves to see raw footage turn into something fun and entertaining, which motivates him to do his best in his work and always look forward to learn something new. 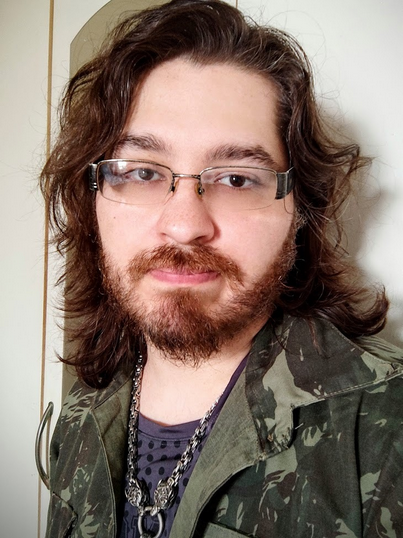 Fabio started his professional career as a software and web developer. But soon he realized he needed to work with something that allowed his creativity to flourish. At first video editing was just a way to make something funny and share it with his closest friends, but soon he realized that he could work with what he already loved to do just for fun.

David is a graphic designer with a college degree. He has always had the passion for video editing, but didn’t get into editing until he went to college. He started editing videos back in 2016 for his personal YouTube channel and started his video editor career in 2019 editing videos for many YouTubers from Spain and Mexico.
He loves editing videos and the whole process that takes to make a quality video. He loves sharing his knowledge and learning from others to grow as a professional. 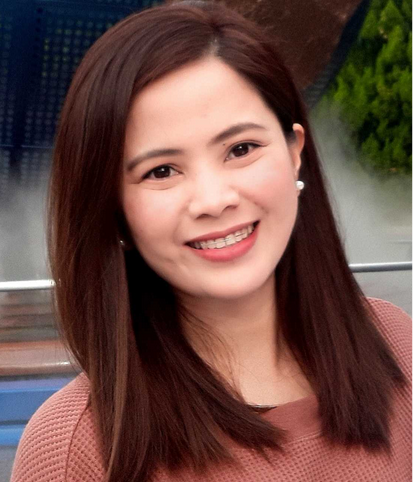 Venus has ten years of experience working in the accounting and finance department, and enjoys working with numbers and spreadsheets. At Now Creatives, she ensures that clients’ invoices are accurate and that team members’ payments are on time and correct. She also provides financial management reports to guide the strategic growth of the company and help improve its operational management. 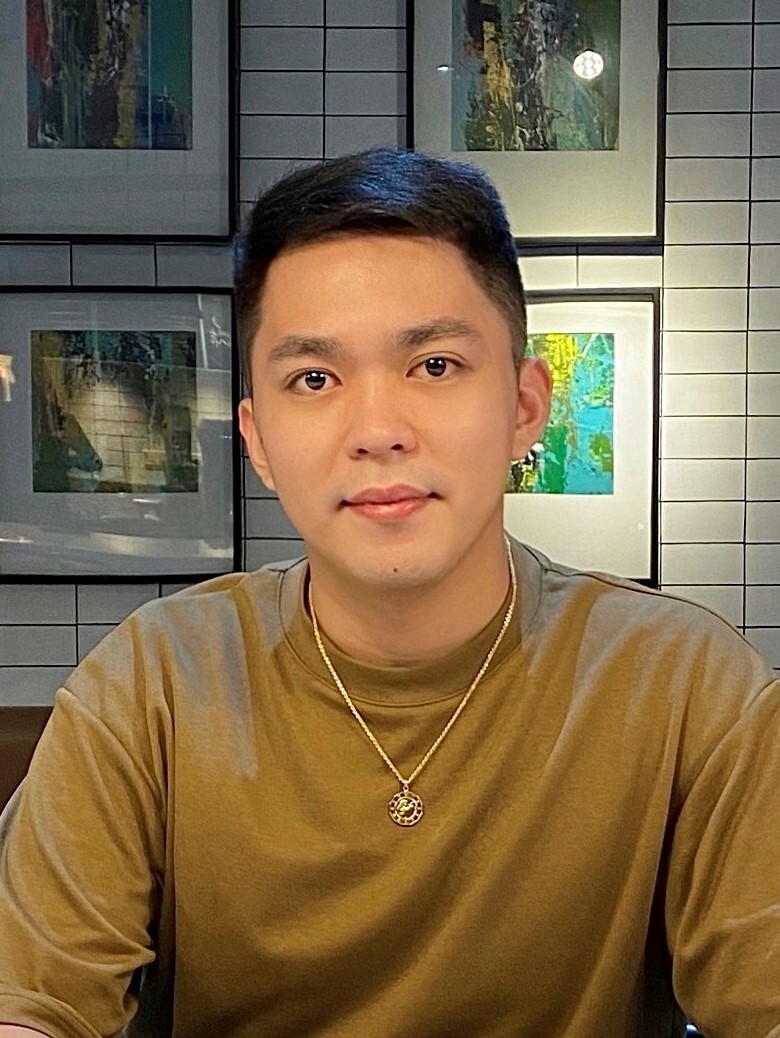 Jalton had his first taste of administrative work and customer service in 2015 when he became a PR and Social Media Intern for the service industry in the US. After that, he tried his hand at a variety of jobs, including marketing trainee, retail supervisor, technical support engineer and now, dedicated virtual assistant to the Managing Director for Now Creatives. This requies him to hone his administrative, IT and communication skills. He loves helping NC deliver its best work to clients daily.
We use cookies on our website to give you the most relevant experience by remembering your preferences and repeat visits. By clicking “Accept”, you consent to the use of ALL the cookies.
Do not sell my personal information.
Cookie SettingsAccept
Manage consent

This website uses cookies to improve your experience while you navigate through the website. Out of these, the cookies that are categorized as necessary are stored on your browser as they are essential for the working of basic functionalities of the website. We also use third-party cookies that help us analyze and understand how you use this website. These cookies will be stored in your browser only with your consent. You also have the option to opt-out of these cookies. But opting out of some of these cookies may affect your browsing experience.
Necessary Always Enabled
Necessary cookies are absolutely essential for the website to function properly. These cookies ensure basic functionalities and security features of the website, anonymously.
Functional
Functional cookies help to perform certain functionalities like sharing the content of the website on social media platforms, collect feedbacks, and other third-party features.
Performance
Performance cookies are used to understand and analyze the key performance indexes of the website which helps in delivering a better user experience for the visitors.
Analytics
Analytical cookies are used to understand how visitors interact with the website. These cookies help provide information on metrics the number of visitors, bounce rate, traffic source, etc.
Advertisement
Advertisement cookies are used to provide visitors with relevant ads and marketing campaigns. These cookies track visitors across websites and collect information to provide customized ads.
Others
Other uncategorized cookies are those that are being analyzed and have not been classified into a category as yet.
SAVE & ACCEPT